Minister of economy launches the general authority for statistics and its electronic portal....The authority of statistics signs 4 agreements with private and public sectors 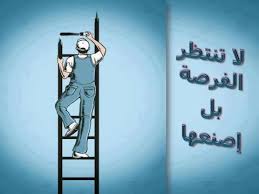 Minister of economy and planning, chairman of the general authority for statistics, Eng. Adel bin Mohammed Faqeeh, launched the first day of working in the statistical field with a new structure and identity. This was an implementation of the supreme decree issued on 26-12-1536 H which states transforming the central department of statistics to be a general authority called ( the general authority for statistics). The authority is financially and administratively independent. In his speech that was declared in the launching event which was held in Marriot hotel, the minister expressed his gratitude and thanks to the custodian of the two holly mosques, king Salman bin Abdulaziz Alsaud, may God protect him, for his approval to transform the central department of statistics to be an independent authority. He confirmed that the work will start officially in the general authority for statistics as a result of many supreme directives, orders, and resolutions that support and enhance a lot of governmental sectors by transforming them into independent authorities that provide services compatible with the rapid changes and developments.

On his part, the authority's general director, dr. Fahad bin Sulaiman Altukhaifi, in his name and on behalf of all the staff of the central department of statistics , and all those who work in the statistical sector , he expressed his gratitude and thanks to the custodian of the two holy mosques for his supreme approval to transform the central department of statistics to a general authority. Dr.Fahad said that this transformation process has been done through six fundamental tracks which can be briefed in a working strategy that is all about the authority’s clients and partners to fulfill the actual need of statistical products, then developing these products and services and improving statistical and data methodologies and procedures. In addition, it focuses on upgrading the level of information technologies and digital infrastructure in order to give the products the ability to start from a very tough base that can cope with all technological changes. It also concentrate on raising awareness and literacy in the statistical field, and finally structuring the authority’s different tasks and departments. He assured that the general authority for statistics’ role has become more important as long as there are national transformation projects as it is very crucial to provide accurate statistical data and effective indicators besides developing the measurement tools.

On the first working day and after the transformation process, the authority’s general director has announced that the first of Muharram of the next year will be the day in which the information bank will be issued. This bank is one of the statistical development national strategy’ aspects, which aim to organize statistical data and information in Saudi Arabia, to guarantee providing the governmental sectors and individuals with statistical information and indicators through an easy and accurate technique. This is to support the development decisions via collaborative system, which starts with electronic linking between all data resources in many related sectors. Furthermore, minister of economy and planning Eng. Adel bin Mohammed Faqeeh has launched the electronic portal of the general authority for statistics. In this portal, the users can get all the needed information in very easy and direct ways through many windows and according to the international statistical and technical standards. On the first working day, four agreements have been signed with different private and public sectors. The authority has signed two agreements with the national information center in the interior ministry and e-government program (yesser). These agreements have been signed to develop the techniques of collecting, exchanging, and integrating data. The third agreement has been signed with the national center for communication, aiming to develop the mechanisms of communication with disabled people. It also aims to provide statistical content in sign language. On the other hand, the central department of statistics and information ex-directors and retired employees were honored.

After the launching event, the authority held an introducing workshop with many partners from both the private and public sectors. This workshop aimed to introduce the authority and its roles. The participants watched a detailed presentation about the products and services in addition to the interactive statistics window and a brief of the statistical awareness. The minister of economy and planning revealed that the statistical sector partnership with the private and public sectors will open many opportunities for the statistical sector to be constantly developed and improved in order to be able to effectively collaborate in supporting any developmental decision taken by any private or public sector in all fields of national development. It is worth mentioning that the ministers’ council resolution issued on 13/1/1437 H included the approval of general authority for statistics structure, and made it the only authorized entity that technically and structurally supervise the statistics sector. It also made it the only responsible authority for creating thorough national statistical databases in different fields. Moreover, it made it the only responsible entity for managing the authority affairs and creating its own board of directors