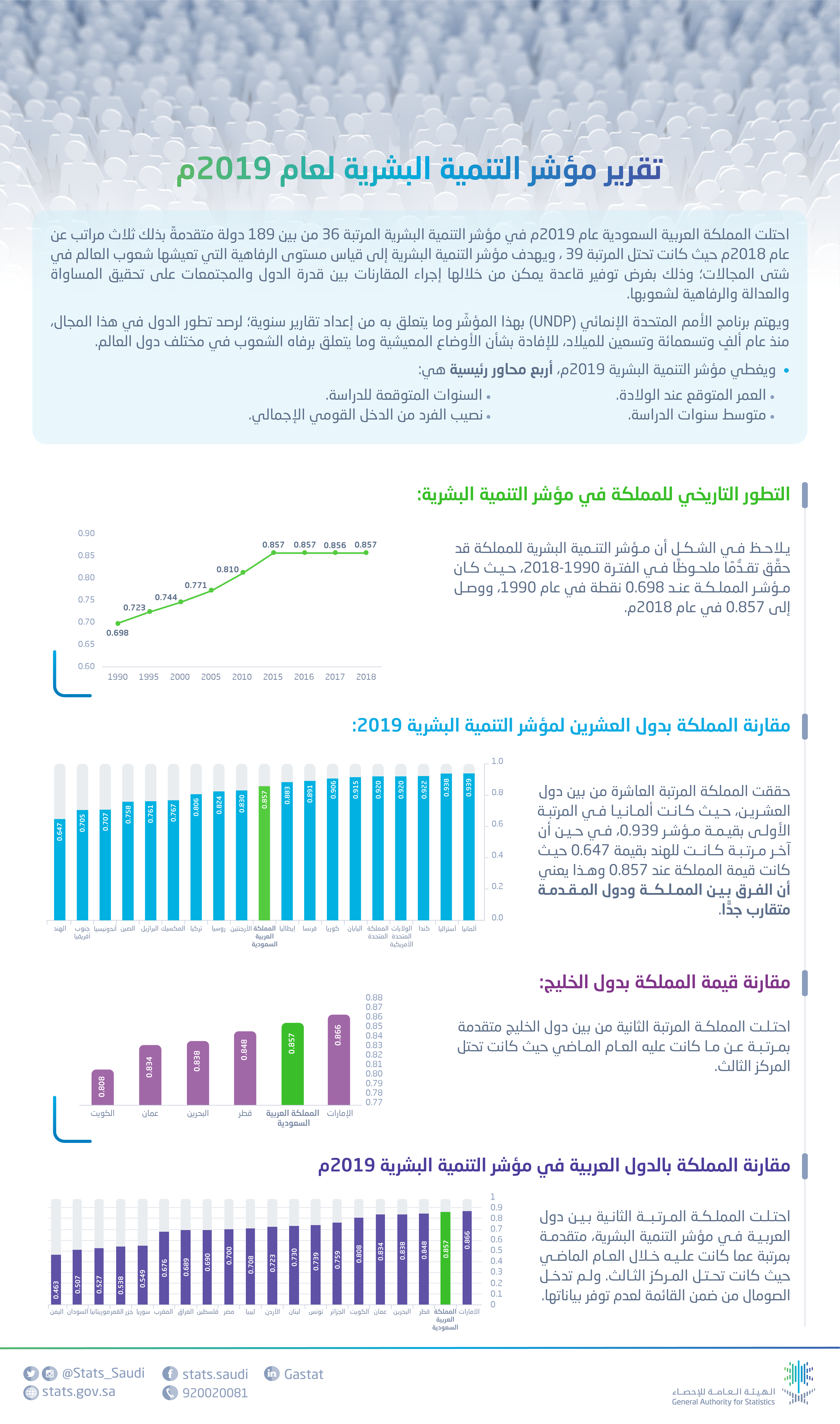 According to the Human Development Report Issued by United Nations Program

Saudi Arabia has achieved the second in ranking in the Arab region and the thirty-sixth globally in the list of countries with very high human development according to the Human Development Report of United Nations Development Programme (UNDP) for 2019.

Saudi Arabia has jumped to the rank of 36 out of 189 countries, three places ahead compared to 2018, when it was ranked 39th. The human development index aims to measure the level of welfare experienced by the people of the world in various fields, in order to provide a base which enable comparisons between countries and societies in the ability to achieve equality, justice and welfare for their people.

The UNDP is concerned with this indicator and its related annual reports to monitor the development of states in this area. The index covers several areas, including life expectancy at birth, expected years of study, average years of study, and the gross national income per capita.