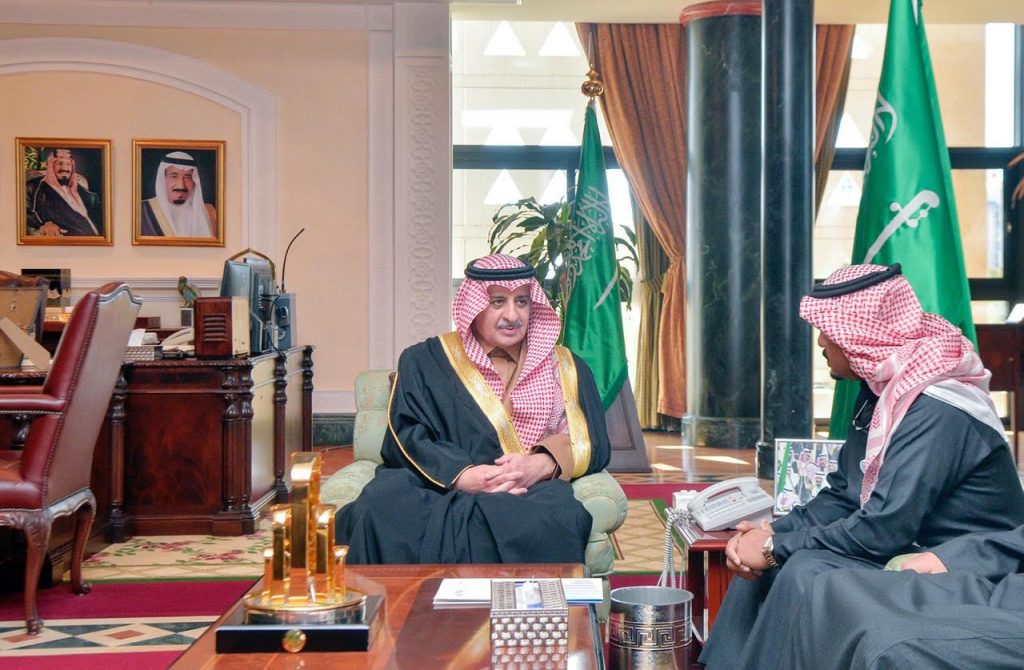 His Royal Highness Prince Fahd bin Sultan bin Abdulaziz, Prince  of Tabuk Region, received in his office in the emirate today, the Supervisor of Tabuk Region, Mohammed bin Abdulaziz al-Hamad and members of the region's census team. At the beginning of the reception, His Highness welcomed everyone and reviewed the plan of the Saudi Census 2020 in the region and the latest preparations that will be implemented to the census in the cities and provinces of the region.

Praising the role played by the General Authority for Statistics in providing up-to-date data and statistics to all government agencies. His Highness assured the support of all the census team work by the emirate of the region and government agencies and harnessed all the possibilities to make their work successful. The prince of the region noted the supporting instructions to achieve overall prosperity which relies on statistics assured by the Custodian of the two holy mosques and His Royal Highness the Crown Prince may God bless them. His Highness wishing the success of the census team in their national mission.
Al-Hamad expressed his thanks and appreciation to the Prince of the region for the good reception and guidance received by his Highness, which emphasizes the importance of the census and its outcomes that benefit the development of the country.