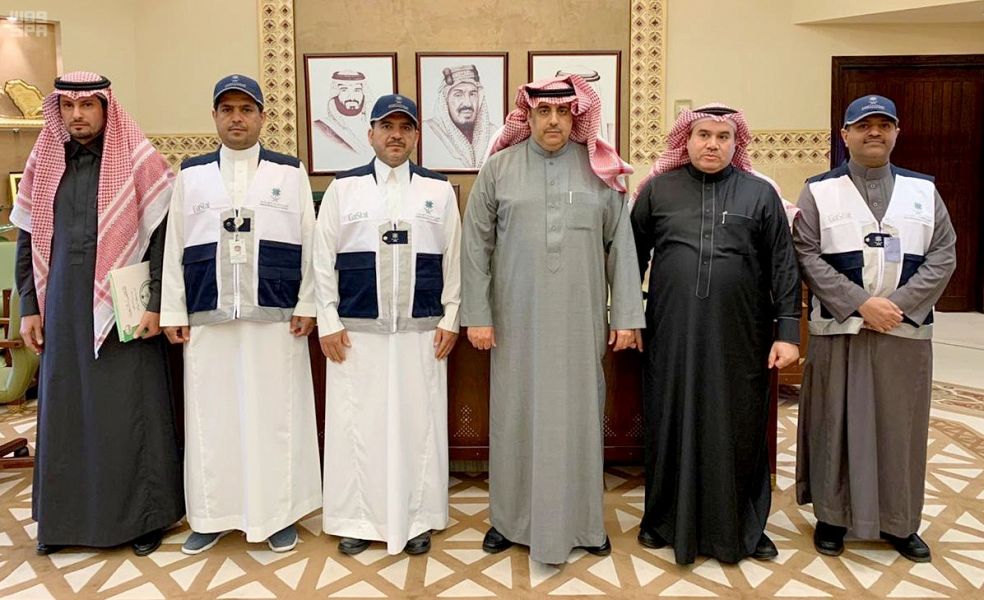 His Excellency the Undersecretary of the Emirate of Riyadh, Dr. Faisal bin AbdulAziz Al-Sudairi, received the Supervisor of Riyadh Region, Fahd bin Mohammed Al Muqrin, in his office at the bureau of the emirate today for the general census of population, housing and establishments (Saudi Census 2020).

During the reception, the most important field works were discussed at the phase of listing and numbering buildings carried out by field observers in the regions and provinces of the Kingdom.The most important steps implemented and the existing steps to prepare for the actual enumeration phase were reviewed, which will be launched on Tuesday, March 17, 2020 in accordance with the decision of the Council of Ministers. In addition, they discussed the importance of supporting the General Authority for Statistics with all the capabilities that will help in achieving the desired goals of implementing the census project and the data that will be issued by it.

Dr. Al-Sudairi confirmed the interest of His Highness the Prince of Riyadh Region and his Deputy and their emphasis on the importance of joint work and high coordination between government sectors in Riyadh, to contribute effectively to the success of the Saudi Census Project 2020, which is a national strategic project.

The reception was attended by the Assistant Undersecretary of the Emirate of Riyadh for Development Affairs and Chairman of the Local Committee for the Saudi Census 2020 Saud bin Abdulaziz Al-Arifi.