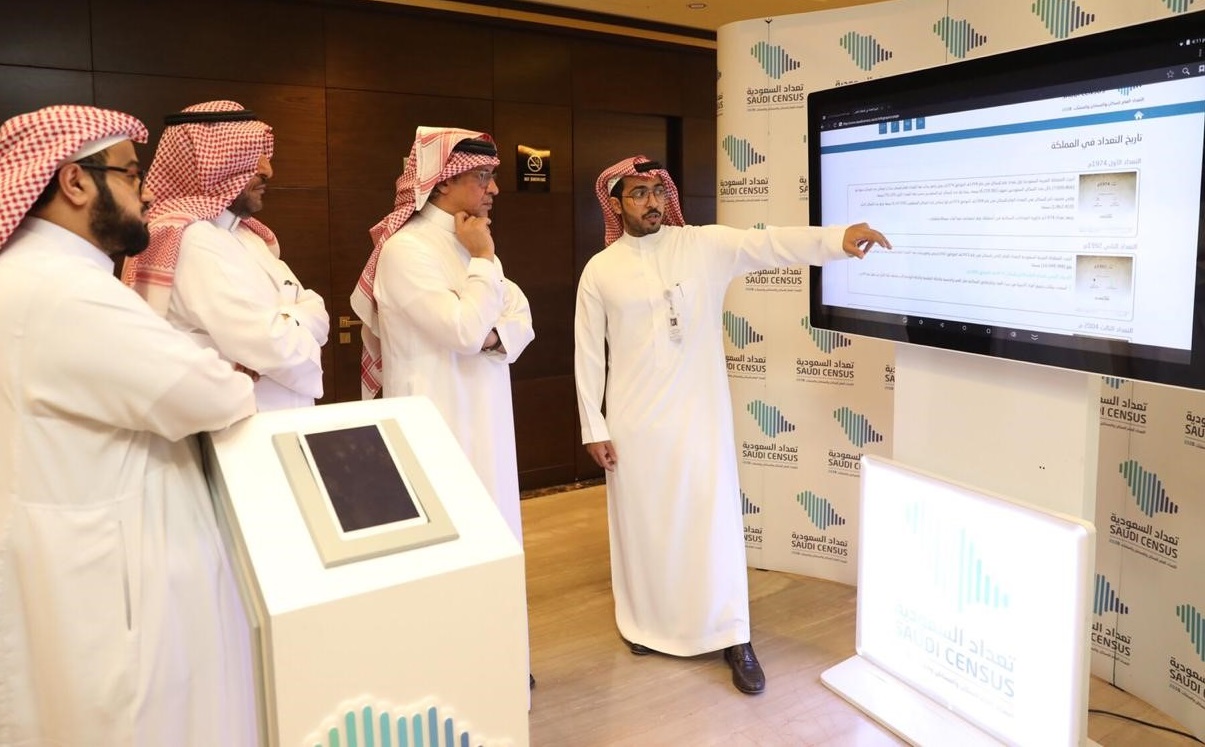 Minister of Economy and Planning and Chairman of the Board of Directors of the General Authority for Statistics (GASTAT) Muhammad Bin Mazyad Al-Tuwaijri launched on Mondy 14/10/1440H (June 17th ,2019) the e-portal for Saudi Arabia’s 2020 census, as an awareness platform for everything related to the fifth census of housing, populations, and establishments 1440H-2020 through its official websites www.stats.gov.sa

A detailed presentation for the e-portal including its objectives as well as the preparations of the census was reviewed by HE. In fact, the e-portal of Saudi census 2020 is an official platform for all census’s news and everything related to it including announcing and publishing results, it is also a platform for spreading statistical awareness in general, deputy of GASTAT for strategic communication and clients support Taiseer AL-Mofarrej said.

The e-portal has special windows for the past four censuses and their results, it also includes windows for news and awareness content that shed light on the preparations made until now for Saudi Arabia’s 5th census, AL-Mofarrej clarified. He also added that citizens and expatriates will be able to complete the census form online through (self-enumeration system) via the website on March 2020, which is considered one of the most important modern methods for population census, as it will enable heads of the households to register all data of the family without the need for the visit of the statistical researcher to their places. This system will be used as one of the tools to collect statistical data from households in Saudi Arabia’s census 2020. On the other hand, spreading the statistical awareness among the society will lead to success of the self-enumeration experience since knowledge of technology is now considered as a feature of the Saudi society in all age groups, he added.

It is worth mentioning that the Council of Ministers has approved the implementation of the General Population and Housing Census for 2020 as the fifth census of Saudi Arabia. Tuesday’s evening, 22 Rajab 1441 (17 March 2020) will be the beginning of the actual enumeration for the 5th census of population and housing in Saudi Arabia. This date shall be the approved date for the time reference of all census works, data and information.

2020 census will provide a huge database that will be used as a reliable reference to conduct studies and researches required by the development plans and programs in Saudi Arabia, in addition to statistical data and indicators for measuring the change in the characteristics of population that occurred by time, also to make international, regional, and local comparisons, as well as reviewing and evaluating future estimates of population.

Saudi Arabia has implemented the first official census in its comprehensive sense in 1394 AH (1974). The second census was in 1413H (1992). The third census was conducted in 1425H (2004). 1431H (2010) census was the fourth census and was carried out by the Department of Statistics and Information before being transformed into the General Authority for Statistics.