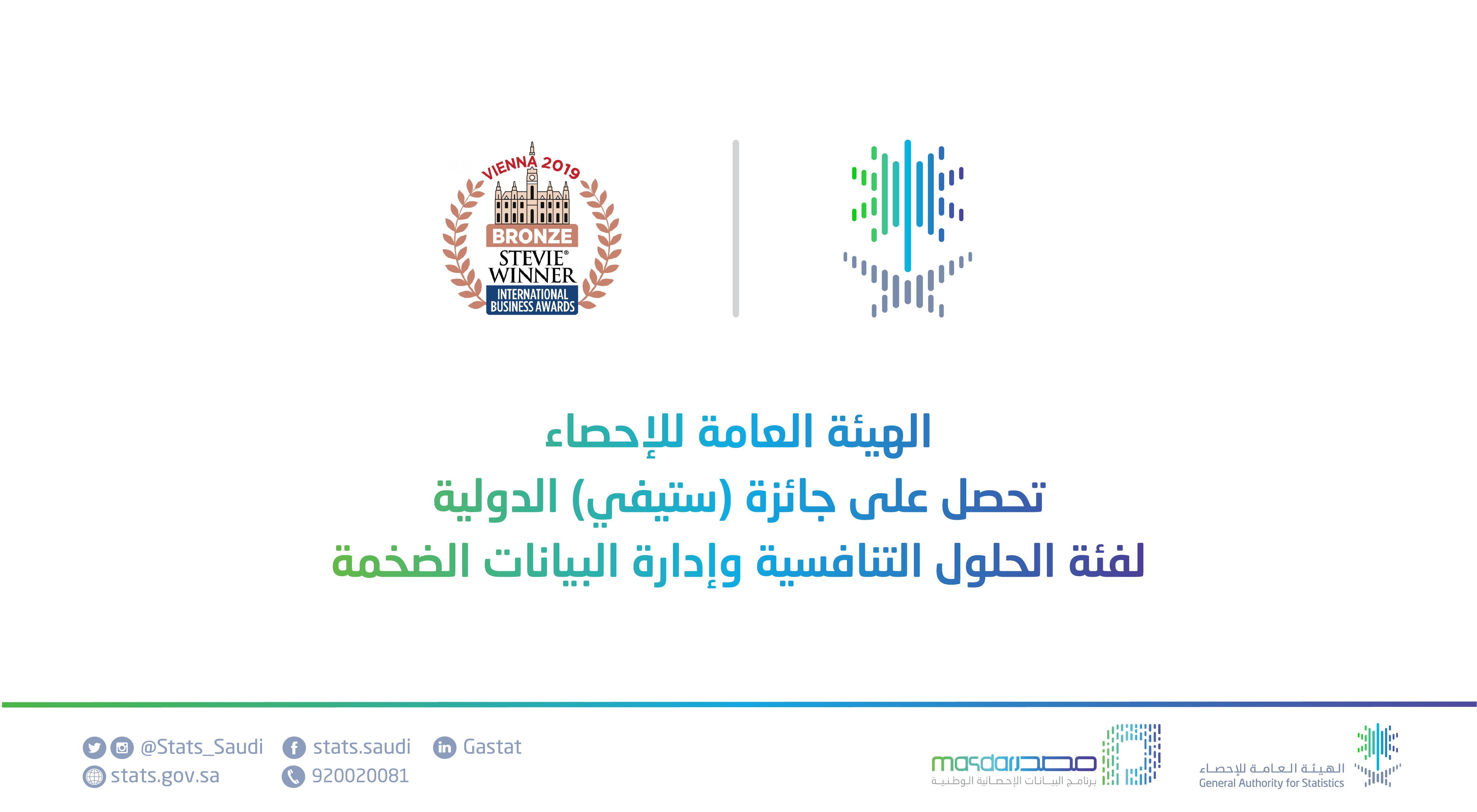 The General Authority for Statistics (GASTAT) won the International Stevei Awards 2019 for the category of new products. The awards included one for the competitive solutions represented in “Masdar program”, and another for the big data of the “Innovation and Statistical Development Department”. This was among the events of the International Businesses Award, which is considered one of the biggest international awards in the field of businesses. The event was held in the capital city of Austria (Vienna) for the sixteenth year respectively.

The “International Stevie Awards” are considered one of the key international awards in the field of creativity, institutional excellence and international business. This program of awards is the only program that recognizes all aspects of work. The awards started first in the United States of America in 2002 to appreciate and honor all the positive contributions and achievements of the occupational institutions. More than 4000 candidates from institutions, individuals, and distinct creative businesses, representing more than 74 countries are competing on these awards, where more than 250 administrators and executives around the world have participated in the jury which evaluates these nominations.

GASTAT winning of international awards comes as a confirmation of GASTAT mission to provide official products and statistics with added value that are accurate, comprehensive and reliable according to the best international standards and practices, where big data is used as new sources to develop indicators calculated by GASTAT, and to produce new indicators that cannot be obtained from survey data.

It is worth mentioning that winning the international awards integrates other previously achieved awards, in addition to the strategic shift in the statistical work of GASTAT according to six main tracks represented in: focus on client, development of products and services, improvement of operations and methodologies, increase the level of information technology and Infrastructure, raising statistical awareness and capacity building, and finally structuring of all GASTAT tasks and departments , and moving forward in development and institutional excellence.